The Admiral's Coast starts just west of St. John's, hugging the heart of Conception Bay as it makes it's way to northern Conception Bay's Baccalieu Trail. Demographically, it's one of the province's youngest and fastest growing areas but it has a history as long and deep as any in the province. Hundreds of years of history can be found in the gentle coastline and the green hills overlooking the peaceful bay.

This extraordinary drive can begin from two different access points - via route 31 heading west on the TCH from St. John's or through the more scenic option of driving through the Admiral's Coast. The Avalon Barrens give way to sheltered harbours and hills that seem to bubble up from the earth itself. On the western side of the route, major towns such as Bay Roberts, Harbour Grace, and Carbonear, are the major service centres for the area. At the northwest extremity of the Baccalieu Coastal Drive, lies Grates Cove, reputed landing site for John Cabot during his journeys to the New World. From Grates Cove, the route heads south, through the Three Hearts (Heart’s Content, Heart’s Desire, Heart’s Content), eventually arriving at the curiously named community of Dildo. Inland, lies Whitbourne the province’s oldest community established off the coastline.

No need to choose between a drive consisting of coastal scenery or panoramic landscapes - tour the Cape Shore and experience world class views of both, making it the perfect place for a major gateway to the province. The Marine Atlantic automobile ferry runs three times weekly to Argentia from North Sydney. Visitors to this area can expect to find natural wonders such as the Bird Rock in the Cape St. Mary's Ecological Reserve - a towering rock formation covered by tens of thousands of northern gannet each breeding season, and preserved history in places such as the Castle Hill National Historic Site - a historical landmark located in Placentia.

The Discovery Trail has seen unprecedented growth in the tourism industry over the past two decades and it doesn't take long for visitors to see why. Clusters of activity have popped up all over the Bonavista Peninsula and the area's dedication to supporting and offering local art and goods is dwarfed only by the hospitality exuded by businesses and locals alike. Enjoy performance art, galleries, hiking, festivals, a culinary revolution, and more in this driving route which is also home to an awe inspiring history. 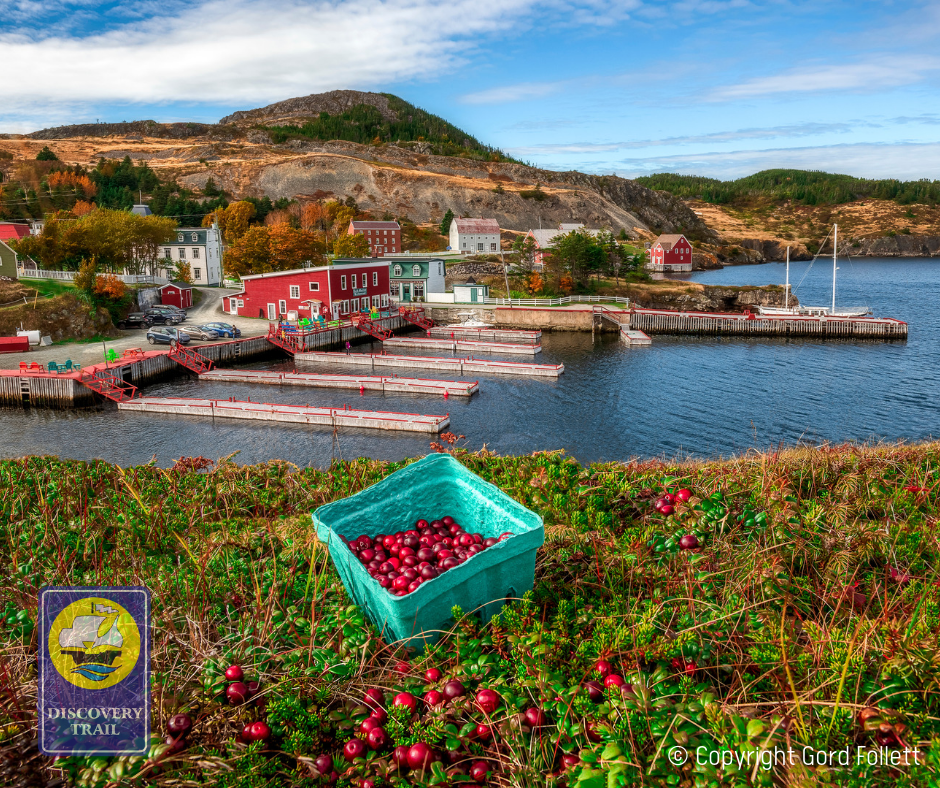 Encompassing the entire Burin Peninsula, the Heritage Run heads south from the Trans Canada Highway at Goobies. Past the hills overlooking Swift Current, this route will take you past fertile woodlands, stark barrens, and dramatic coastal scenery. Boasting stories from the world famous Grand Banks including that of shipwrecks and heroics, and breathtaking hiking trails, a trip to the Heritage Run should be well planned to allow for an extended stay; you wouldn't want to miss the opportunity to visit two counties in the one trip! The French islands of Saint-Pierre et Miquelon rest a short ferry away from the gateway of Fortune. Although this land can be seen from the shores of Newfoundland, Saint-Pierre et Miquelon is a world away in old Europe where an entirely different language and culture has been perfectly preserved.

The Irish Loop driving route heads south from St. John’s, hugging a coastline called the Southern Shore. It meanders through stunning communities, along sheer cliffs, and across rolling green hills. A significant number of Irish immigrants originally colonized this area, and the Irish brogue is still evident in many of the local versions of the Newfoundland dialect. Find residents who speak as though they just left Counties Wexford and Waterford; their family names strong as ever in these places too. However, the cultural history here is new in relation to the natural history which is 565 million years in the making - the Irish Loop is home to fossils dating back to the dawn of complex life on earth. See this yourself at the Mistaken Point, a UNESCO World Heritage Site. The trend of the unique continues on the Irish Loop with this route being home to the world's southern most caribou herd and one of the most important puffin colonies.

One of North America's oldest cities, St. John's is steeped in rich history and a vibrant past. The capital of Newfoundland and Labrador is world renowned for it's colourful row houses, friendly people, and active nightlife. Don't forget to tick some unique items off your bucket list during your time in this area though! St. John's also offers breathtaking hiking trails, world-class museums, and some of the best restaurants on the globe!

Though the shortest driving route in our region at just 28 kilometers, the Osprey Trail packs a punch. The Osprey Trail is the isthmus connecting the Avalon Peninsula with the rest of the island and all 28 kilometers is a photo op, hike, and treasure just waiting to happen. A outdoor enthusiasts dream, this part of the region is home to some of the best bird watching in the province and has hikes for just about every skill set. The Osprey Trail is centrally located in our region making it accessible from just about anywhere.

The islands retain many traces of their colourful past: from Jacques Cartier’s arrival in 1516 to the Great Cod Fishery and a prohibition boom, the region has a rich and complex story to tell. The unique culture of this place is also reflected in its inhabitants, who are proud descendants of French emigrants from Normandy, Brittany, and the Basque region, as well as Acadians who settled in Miquelon. Most certainly not North American, the culture and people of the islands of Saint-Pierre et Miquelon offer an experience that cannot be found anywhere else.